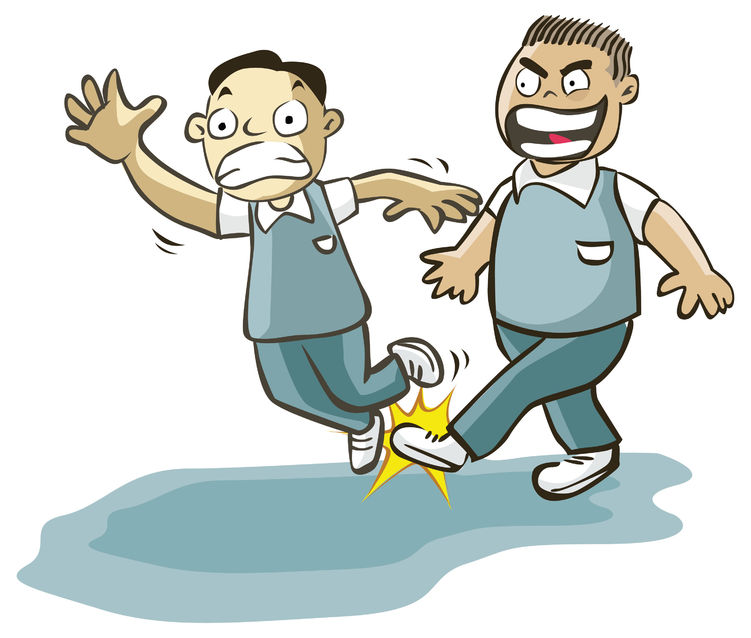 People sometimes ask me  if there’s a “bullying gene.” No, not as far as we can tell. Is it because of neglectful parents, birth order, the media .. . ? Probably a little of everything you’d imagine. But it makes many people wonder why bullying is getting worse.

Babies are born with certain temperaments. Some are passive. Others are tense, aggressive, or bubbly. You can tell early on if a child has a disposition that’s prone to aggression—but that doesn’t tell you if that child will become a bully. Nature is one part of the equation; nurture is the other.

The Madness of the Media

The media is a hotly controversial subject when it comes to violence and bullying. There are those who argue for opposing sides of the issue: either that the media creates violent kids, or that the media has nothing to do with creating violence. I believe that the truth falls a bit in between: The media makes it far worse for kids who already have aggressive tendencies.

Bullying has been normalized all over television. If you take a good look at reality programming, you’ll notice how highly bully ing behaviors are prized. There are actually shows where thousands of people volunteered to compete for a job with an abusive boss. FOX’s short-lived My Big, Fat Obnoxious Boss, an apparent spoof on The Apprentice, was a prank on the contestants. They thought they were competing for an executive job with a company called Iocor, when in fact the company didn’t exist, and the boss was an actor. But they were put through degrading trials, inappropriate sexual remarks, unethical tasks, and verbal abuse in the hopes of landing this imaginary job—and we call this entertainment.

We also call it entertainment when Simon Cowell humiliates hapless contestants on American Idol, insulting them to the point of tears. Simon is rewarded for his verbal bullying with riches and fame. On Growing Up Gotti, young people watched and learned that the privileged boys can not only get away with awful behavior at others’ expense, but they can be on the cover of magazines, praised as heartthrobs.

Even television commercials are getting worse and worse. While growing up, children are subjected to thousands of commercials with violent content.

Add to that violent video games, song lyrics, and music videos. All children are exposed to some violence in the media, even if parents do their best to monitor a child’s activities. But not all kids internalize these messages the same way. Violent messages reinforce an already aggressive child’s belief that fighting is a good way to gain power. They do not make good kids “turn bad.”

Are parents to “blame” when children are bullies or targets? Not always … but often, they have a lot to do with it.

Sometimes I see parents who tell me, “I don’t know what happened. I have three great kids, and one who’s a bully.” It’s pretty safe to assume that the parenting style is not largely to blame for the bully’s behaviors in a situation like that, though the parents may inadvertently be rewarding or reinforcing the bullying behavior.

But in many cases, it’s pretty easy to see where the child got the notion that bullying is okay. Bullying parents often rear bullying kids. And the way parents resolve conflicts between themselves creates a model for children—if one parent is usually “the winner” and the other is “the loser” in arguments, children can learn to identify with one or the other, thus becoming either the bully or the target.

In the next chapter, we’ll explore this dynamic more closely, and examine how your behavior as a parent may encourage bullying or target behavior . . . even despite your best intentions.

Along with new communication technology comes a new opportunity for harassment. Some of the worst forms of bullying today are things you and I probably couldn’t even have imagined in our youth.

Kids today are being threatened in anonymous e-mails and instant messages. Rumors are spread about them on websites that
can be accessed by anyone across the globe with a modem. Embarrassing photos and diary excerpts are posted on message boards and forwarded among students.

They’re receiving threats and harassment by text messages on their cell phones. They’re participating in and victims of “three-ways,” where one peer sets up another peer to say bad things about a third person—who is actually listening in or reading the e-mails or instant messages.

New technology has made it easier for people who might otherwise be on the fence about it to become bullies. It also aids in the escalation of bullying. Anonymity demolishes much of the fear of retribution or consequences, and can even remove feelings of guilt or empathy—after all, the bully doesn’t have to see the tears in the target’s eyes when the humiliating words are received.