Bullying Statistics: 85% Do Nothing 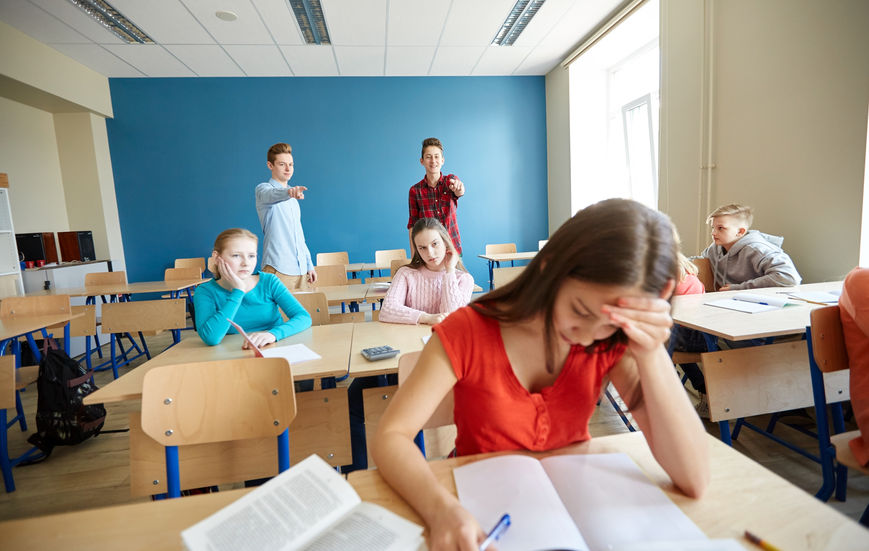 Statistics on bullying show that, on any given day in a classroom, bullies and targets usually constitute 15 percent of the population. That means that the other 85 percent of the children serve as observers in the bully dynamic. Interestingly enough, these observers may be the most powerful actors in the bully scenario, though all too frequently their power is passive, most often expressed as the absence of intervention or condemnation. Studies say that if bystanders do the “right” thing, they can reduce bullying incidents by at least 50 percent or more.

I have found that, more often than not, children want to do the right thing. My observations are echoed in a study of middle school students in Italy, where students watched videos enacting bullying scenarios: scenes where one person or a group bullied a target in school. After watching the video, the students filled out questionnaires about their opinions of the people in the video and who was to blame for the bullying. The researchers found that the children reported having positive feelings about the targets, and didn’t generally blame the targets for what happened.*

However, even if they feel sympathy for the targets, when they don’t act on it, they can become part of a group that permits or even encourages bullying behavior, and makes them enablers of the bullies and complicit in the victimization. Over time, even these kids who don’t blame the targets begin to do so.

I am very embarrassed to admit this, but I was a bully in primary school. I was particularly cruel to two fatter kids and got the majority of my class doing small jumps in time with each step the girls made.

I have agonized over this for a long time and have even tried to get in touch with them to apologize. I firmly believe that every action has a positive intent, so I spent a long time thinking about what I got out of this bullying. What was my positive intent? It’s a strange question to ask yourself, but I think the answer is that these fatter kids were also the smarter ones. They were the ones who did well in math and spelling.

You see, because I’m dyslexic, my spelling is atrocious and I got the numbers in the wrong order as I copied them down from the board (I never got the right answer because I had the questions copied down wrong). Every single Thursday, I spent the first half of lunch rewriting all the spelling words and every Friday, I spent almost the entire lunch rewriting, incorrectly more often than not, the entire dictation, while the “fat kids” got to play.

From an adult perspective, I believe the constant spelling punishments were, in a way, a form of bullying from the teachers. Perhaps I was evening the score by punishing the fat kids for not being good at sports. Perhaps my bullying was a way of making the world fair and just. Sports were the areas I excelled at; I won everything and was on the school team for every sports team we had. I was fit and I knew it. They were not being punished for not excelling at the area I excelled at, yet I was being punished for not being good at their areas of excellence. I wonder if my bullying was about fairness?

Once I got to high school, and the weekly spelling test ended, so did my bullying.