You are here: Home / Bullying Tips / Fitting In Helps Your Child’s Self Esteem 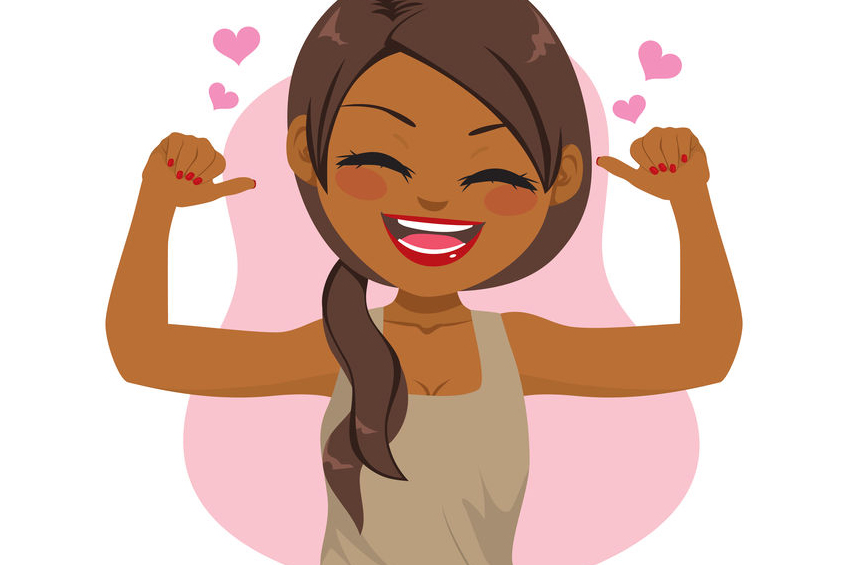 One of the main reasons bullies pick on targets is that there’s something unusual about the target—an out-of-style haircut, “geeky” clothes, a unibrow, thick glasses, and so on.

A young teenage girl was routinely teased because of her “mustache”—she had naturally dark hair on her upper lip. Hideous? No. But noticeable if you were up close. She wanted desperately to get rid of it, but her mother wouldn’t allow her to go for waxing or use any other hair removal techniques. In her opinion, there was nothing “wrong” with this hair, the daughter was too young to worry about it, and the problem was with the other kids—not with her daughter.

Now, all of that might be true, ideally. Ideally, all of us would be comfortable in our own skin, understand that the snide remarks of others have no bearing on who we really are, and never worry about trivial things like a little facial hair. But in this case, the mother was putting too much responsibility on the young girl to be a “moral model.” She was letting the girl walk around life with a “tease me” sign on her upper lip, when it was easily correctable.

As a result of her plummeting self-esteem, the girl became increasingly more withdrawn, never dated in high school, and became depressed. Was this worth it so the mother could prove her point? This was a caring mother who was trying to teach her daughter an important life lesson: Don’t worry about what other people think of your appearance. But at some point, she should have realized that the lesson wasn’t working, and it was time to do something to help relieve her daughter’s pain.

Some kids have the inner fortitude to withstand teasing and still know that they’re okay. If this teen had been a different sort of person, she might have been able to say to herself, “Okay, so I do have some facial hair. A lot of European women do. It doesn’t make me ugly, and it’s no big deal, so if they want to tease me, I don’t care. It just shows that they’re superficial people, not me.”

Some kids can say this and mean it; others can say it, but not really convince themselves; others can have this attitude sometimes but lose it other times, and others can’t even pretend to mean it.

When mental health professionals work with people with panic disorder, they often do it this way: They first give medication to block the panic attacks, then they work on changing the person’s thoughts, beliefs, and behaviors. It’s often too difficult to make any real progress when the person is still dealing with severe panic attacks that could strike at any second, so the idea is to take away the immediate crisis, then work on the life changes that will make it less likely for the disorder to continue or come back.

This is similar to what I’m saying in this case. If your child is being teased about something that is changeable or preventable (clothing, buck teeth, hygiene, hairstyle, etc.), it’s usually best for the child to change that item first, then work on building the child’s resilience. A child who feels “cool” will have a much easier time acting “cool.” A child who’s consistently self-conscious and on the defensive, just waiting for that next hurtful remark, is going to have a much tougher time learning to hold his head high and be confident. And the more you point out the difference between what the child feels and what you think the child should feel, the more the child will feel like a failure.

It probably took you a long time to be secure in your values, the ones you now hold dear as an adult. Don’t expect your children to walk into middle school with fully formed values and a solid understanding of who and what matters in life. If they need the stylish clothes and the hairspray and the contact lenses to feel okay about themselves for now, so be it. It’s not about wimping out; it’s about your child’s self-esteem and emotional survival in some very difficult years, where fitting in (and therefore “blending” in) is of primary importance. It also helps kids feel that you listen, you care, and that you can relate, which are all important for a continuing positive relationship.