You are here: Home / Bullying Tips / Teach Your Kids How To Deal With Gossip Mongers 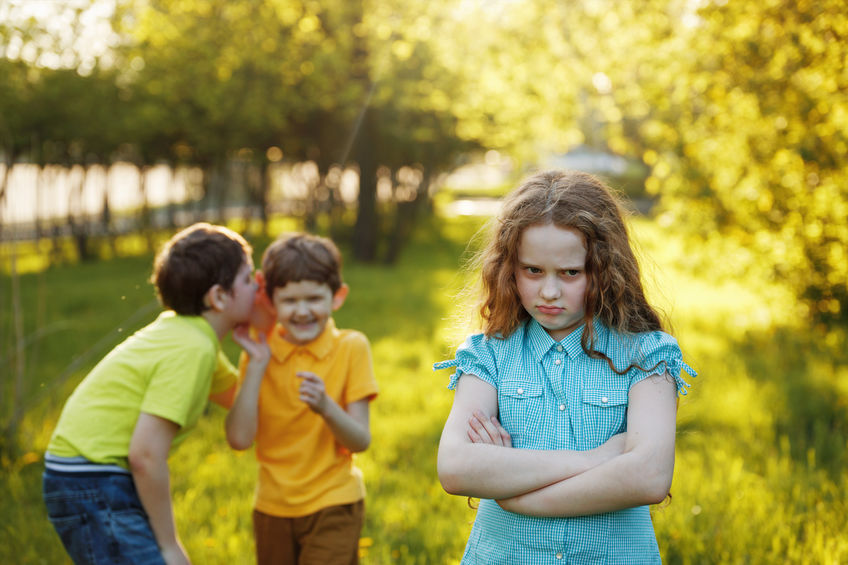 Teaching your kids how to deal with gossipmongers can be challenging.

Kids want so badly to set the record straight and defend themselves against the gossipmonger allegations. But mostly, protesting backfires and keeps the gossip alive.

So there’s a very simple way for your child to react, consistently, when someone brings a rumor to her attention.

Here it is: GOSSIP HOUND: I heard you kissed that geek, Martin.

At this point, the gossipmonger may say no. In that case, your child can answer, “Good. Then it doesn’t matter.” If the child says yes, or “I don’t know,” your child can say, “You can believe whatever you want. I don’t care.” Either way, that’s as far as it should go. There should be no emotional protests to satisfy whoever started the rumor.

Think about how powerful your child will feel when she can come back with something that may stop the negative comments.

Dealing with the silent treatment can be even more hurtful.

A child who is shunned by her usual group—they stop talking to her, stop making eye contact, roll their eyes and whisper as she walks past, don’t allow her to sit with them at lunch, etc.—can easily fall prey to depression. In some cases, the friendships will be repaired, but if it happens more than once, it’s probably not the best group for your child to depend on for social validation.

Now, you may be thinking that these girls are everything to your daughter and that it is unrealistic for her to change this group. Well, is this your thinking or your daughter’s thinking?

Some children need to understand the value of friendship, openness to others, and diversity. Encourage your child to make friends in other groups, to approach people who aren’t all part of the same clique.

It’s risky for a child to have friends from only one particular group—if all her friends are on the volleyball team, or they’re all in chorus, or it’s the same four or five girls hanging out every weekend, that’s worrisome.

There’s too much riding on those friendships; if the most powerful girl in the group decides that your daughter is no longer “cool” or has done something she doesn’t approve of, your daughter may feel completely adrift. The sooner your children understand that having friends in other places actually makes them feel stronger, you prevent the “all or nothing” response when something goes wrong in their social group. Instead of spending her time trying to win her way back into her old group, or obsessing about those girls, encourage her to join a new after-school activity and talk to kids in other social circles.

Or if they are dissing her one day, get her to react by role-playing the “I really don’t care” attitude, which will bring the other kids back because they won’t understand why your child doesn’t care.