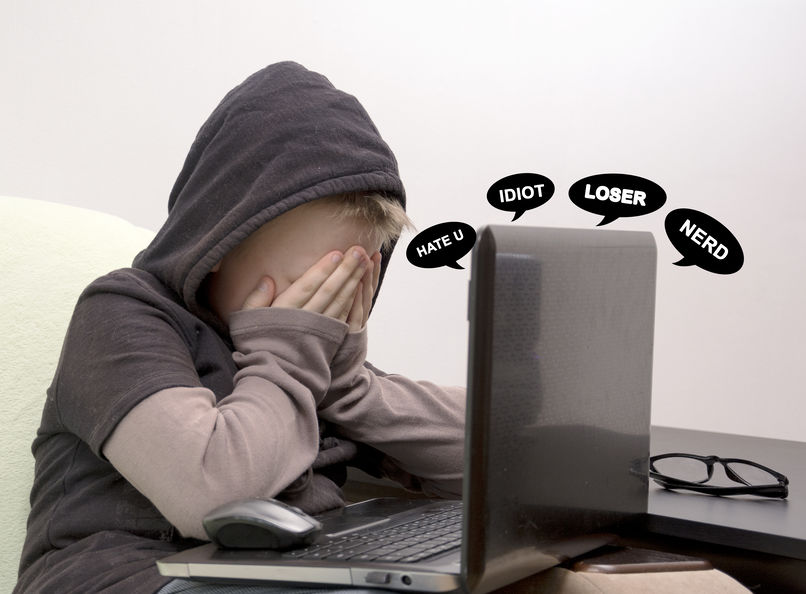 The Internet is the new bathroom wall.

Years ago, kids would write their anonymous gossip on bathroom walls (“For a good time, call . . . ,” “Kerri slept with Darren,” “George is a fat pig”), now they’ve found a way to send their nastiness to a much wider audience. The newest and potentially most dangerous form of bullying, “cyberbullying,” is growing so fast, it is proving difficult for researchers and therapists to keep up.

In fact, as we were preparing this chapter for publication, a new study just reported that cyberbullying among teens and preteens has increased by 50 percent in the last five years. Just as people have quickly adapted to communicating with each other through e-mail, text messaging, message boards, and blogs, bullies have likewise lost no time in using these modes to bully and terrorize.

We as parents need to learn the language of the Internet so we can discuss these issues with our children. Parents who don’t know what to look for online, or how to prepare their children to communicate on the Internet appropriately, are opening a door to potential problems.

So let’s look at the issue and what you can do about it.

The Newest Set of Bullies

What makes cyberbullying so difficult to manage and control is that it is often anonymous and indirect, and because of that, it expands the pool of potential bullies by enabling large groups of kids to launch a coordinated bully attack without ever facing their target. It is much easier for children to be mean when there is no direct contact. Kids will type things on the computer they never could say in person, and this medium makes it much easier to be impulsive and press the “send” key without considering the consequences.

Cyberbullying also generates unpredictable power configurations, creating a new set of bullies who would never have otherwise bullied someone. Kids who are more “nerdy” and get picked on or shunned in school are often the ones who are the most computer savvy and can exact their revenge online. Cyberbullying is also a bit more common among girls than boys. Girls tend toward indirect bullying, and this fits right into the model because they don’t have to face the person they’re tormenting.

Types of Cyberbullying
There are various types of abuse that can happen online and by cell phone. Here are some of the types that crop up most frequently:

Websites created to harass.
It’s simple to create a website, and many providers offer webspace free, so there have been several instances where kids have built websites dedicated to harassing a peer. One such website was called “Kill Kylie Incorporated,” accusing the student of being gay and threatening her life. It took police nine months to catch the kids who were behind this, and Kylie transferred to another school.

Impersonation.
A student impersonates another student and sends out messages purportedly from that person. In one noted case, someone discovered the password for a thirteen-year-old girl’s website and made it look like she said horrible things about each of her classmates. But more often, impersonation doesn’t even require actual hacking into an account—the kids may just use a screen name that appears to come from the targeted child.

Gossip groups.
Message boards, blogs, MySpace pages, and e-mail groups can be used for nefarious purposes, and often are. Kids may group together and discuss kids they don’t like, under fake names or anonymously, like an online “slam book.” There are even sites where people can vote on the school’s biggest slut, most hated student, most boring student, and so on. The comments are online for anyone to read, and can remain online forever, serving as a painful reminder for the target.

Photo and video postings.
On sites such as YouTube.com, kids can upload embarrassing videos they’ve made of others or managed to intercept, or display attacks they’ve made on other kids. Kids can often record video clips on their cell phones and post them online. These may include images they’ve recorded in the locker room, at a party, on the bus, and so on. The images can be doctored using a photo-editing program, too. In one case, a boy recorded himself singing a song to a girl he had a crush on, and it was disseminated across the Internet to humiliate him. How impressive are these videos to our children? Google thought they were pretty hot: They bought YouTube.com for $1.65 billion.

Direct bullying.
Of course, kids do threaten and torment other kids directly by e-mail, instant messages, and text messages. A child may be surfing around online when a message pops up: “Everyone at school hates you,” or “Watch your back tomorrow because my friends and I are going to kill you.” Most of the time, these types of messages are delivered by people with fake names or screen names created for just this purpose. A message sent to a girl named Heather might come from the screen name “HeatherIsASlut.” Kids may get these messages at home, or on their cell phones or computers while at school.